Yes friends, I love this game. I was really excited when I finally unlocked Club LOL. It was one of the things I worked towards unlocking as soon as possible because I love going and having KK Slider songs to put in my stereo at home. Yep, totally talking about it as though I was the one doing all these things! Anyway, it’s pretty cute because you can go there every night and KK is there doing a dance party.

Also, they have made it so you can do different dance moves as well. Are you playing too? Here’s my little character busting it out on the dance floor.

Sorry for the shaky video, but I was trying to play and film at the same time! Also, that cute outfit? It comes from a QR Code. Another fun feature to unlock is a sewing machine that allows you to share QR Codes for special outfits that you and your friends can make.

My character doesn’t look quiet like this video now though, because Shampoodle’s has been opened and of course I have had many a makeover there already. There are many things that have been improved on as well which I really like (I’ve been playing since the very first version). Anyway, if you play too I would love to hear what you think about it.

Finally, an Animal Crossing game for the Nintendo 3DS! I can’t wait to play, and luckily, with the release date just around the corner, it won’t be long now. I actually pre-ordered the game last year, and was sad when months and months went by without any indication of when the game would be coming. I was so excited when the email arrived letting me know that it would be coming in June!

In the new version characters will be able to swim (anyone else frustrated that you couldn’t do that before?). And surprisingly, the player gets to be Mayor this time around! I wonder what that will be like, will we still get the cute collectibles on holidays? Or do we get to give them out? It should be interesting. And of course, fun!

Do you play Animal Crossing? Are you looking forward to this new installment in the series?

Fans of the show Chuck might just be the nicest fans on the planet. Need proof? A group of fans and even some of the actors from the show have all come together to help Bailey, aka @LittleChuckFan raise funds for St. Jude’s Medical Hospital (an amazing charity). One fan put together this video, each view up to the first 1000 will garner a 10cent donation:

And a lot of fun Chuck related items have been donated as part of a raffle on We Give A Chuck. Your donation, no matter how large or small, will put you in the running for one of the prizes. So, can you “Give a Chuck” and help the adorable Bailey reach her goal for St. Jude’s?

PS, yes, we are and were big fans of the show Chuck. Do you recognize this jacket? 🙂 We love to celebrate any holiday, but especially the odd ones, like Pi day! Here are a few awesome Pi day pies to try on March 14th.

First up, how about a Pi Day Pop?

Or, you can have a regular pie, decorated with the pi symbol.

Or, even make pi symbol shaped calzones! There are so many ways to celebrate the day. We haven’t decided what we are going to do just yet, but I will be sure to share it when we do. 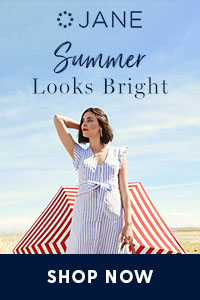